Over the last weekend in April, Wunderlich celebrated its traditional season launch for 2018. Around 4,500 visitors and guests came along to the premises of the Sinzig-based accessories specialist. They came from all over Germany, The Netherlands and Belgium. Up until the rainy Sunday morning, the sun was shining in a slightly overcast sky, and the temperature was a pleasant 21°C, all of which made for a relaxed celebration with an interesting and entertaining supporting programme.

Wunderlich offered a diverse programme: Guests had the opportunity to get to know all of the aspects of the company. During multiple tours, they had the rare opportunity to take a peek behind the scenes of the development department, to look over the shoulders of the developers and engineers and to exchange thoughts and ideas with them. Under the name Boxer Spirit, Wunderlich presented its R nineT and twin-valve Boxer conversions and the Wunderlich components available for personal customisation. Wunderlich employees also informed all the interested individuals of the company’s core competencies in specially set-up stations: Ergonomics, all-round protection, suspensions, luggage solutions, design and motomedia for BMW motorcycles, as well as the diverse online activities and offers from the accessories specialists.

Wunderlich partners, who were also present with their stands at the season launch, also held expert lectures in the marquee. Nicky Scharf presented her concept for race track training, while the tyre manufacturer Continental gave an informative insight behind the scenes of tyre development, manufacturing and special technologies, as did the renowned helmet manufacturer Arai. And Wunderlich presented the current motorsports activities with Wunderlich Motorsport. The talks held by Dirk Thelen, the popular several times German Enduro champion who challenged this year’s Enduro d’Agadir in March and provided humorous commentary on the Enduro film, were met with a particularly high level of interest. Last year’s long-distance championships team from Wunderlich Motorsport were received with no less enthusiasm. The team, led by managing director Frank Hoffmann and Sebastian Klettke and Germany’s best-known road racer Thilo Günther, wittily described the challenges of endurance racing. In addition to Dirk Thelen’s lecture, the presentation of the Pikes Peak film by Thilo Günther was yet another highlight in the packed marquee. Those who wanted to find out about motorcycle tours were very well informed and entertained by the team from Schottlandfieber and the blogger Stefan Fay from howfarcanwego.

And speaking of entertainment, in addition to the French stunt rider J.-P. Goy, the Wunderlich organisers had for the first time invited the Hamburg Police motorcycle squad, who brought a smile to visitors’ faces with their acrobatics on the old BMW police bikes built between 1954 and 1964. The acrobats were then on hand to chat with and answer questions from visitors – from one motorcyclist to another, so to speak. They turned out to be excellent ambassadors of the Hamburg Police Force, which has the last motorcycle squad that is still active in Germany. 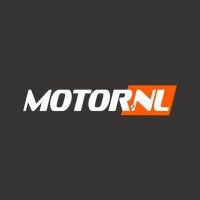 Geen MXGP in 2021 in Valkenswaard